Reaching a record breaking number of 400,000 cases on April 30, 2021, India is currently being devastated by a second wave of the coronavirus. Officially, 19.3 million cases have been confirmed and more than 270,000 dead. However in reality, experts say it is likely much higher.

Why is India’s second wave so bad?

After beating back the first wave through a strict lockdown policy, the government in India was optimistic. Prime Minister Narendra Modi said, “(India) has saved the world, entire humanity, from major tragedy by effectively controlling coronavirus.” With many enjoying a calm few months in early 2021 and believing that the pandemic was truly contained in India, restrictions loosened. The prime minister and the government have been heavily criticized for their lack of preparation. Pradeep Taneja, an Asian politics expert, stated that it was “criminal negligence on the part of the government” for not preparing for another wave, despite the precedent that other countries with better developed facilities have experienced more severe second waves. Critics have also pointed out the government’s decision not to stop huge religious gatherings and other large events, like political rallies. Bharka Dutt, a Washington Post columnist, called the government “tone deaf” and “in complete denial.” Modi has also shown reluctance to start another lockdown, which experts say that he was too fearful of losing support, as the first lockdown injured the livelihoods of millions of wage workers and shrank the economy (GDP) by 24%. Instead, he has chosen to use ‘micro containment zones’ that focus restrictions on areas hit the hardest. He has also been heavily criticised for not taking action sooner to limit the spread of the coronavirus. 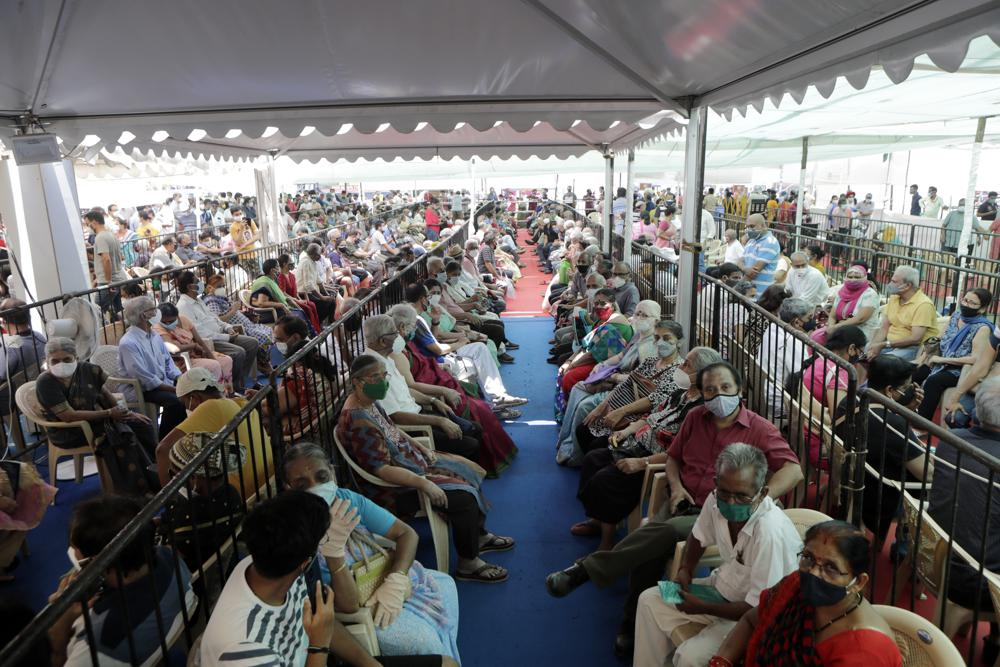 K. Sirinath Reddy, the president of the Public Health Foundation of India, said “authorities across India, without exception, put public health priorities on the back burner.” India only spends 3.5% of its GDP on healthcare, compared to the worldwide average of 10%, and only 0.9 physicians to 1,000 people, far below the average of 1.6, according to World Bank figures. While India’s strict lockdown last year gave them time to hire new healthcare professionals, and set up field hospitals. To the detriment of the country, however, they did not take a long term perspective of the pandemic, according to Dr. Vineeta Bal, who works in the Indian Institute of Science Education and Research in Pune City. These emergency measures were taken down as soon as the numbers dropped, but now authorities are struggling to build them back up again. While being the world’s biggest producer of vaccines, India is lacking in vaccinations to provide to its own people. Only 9% of a 1.35 billion population have received shots. Unfortunately, the struggles don’t end there. the issue that rises above  all is the lack of medical oxygen tanks needed to keep coronavirus patients alive and breathing.

A huge number of hospitals in India have reported acute shortages in bed space and oxygen. On April 21, 2021, the New Delhi High Court ordered the government to divert oxygen for industrial use to hospitals, saying “You can’t have people die because there is no oxygen. Beg, borrow, or steal, it is a national emergency.” In an attempt to boost availability, the government exempted vaccines, oxygen, and oxygen related supplies from customs for three months on April 24, 2021. However, the demand far outweighs the supply. People are being turned away from hospitals simply because there are not enough beds for everyone, and even less oxygen. Dr. Harjit Singh Bhatti says “They are not getting oxygen and are dying on the roads,” like “fish out of water.” On May 3, 2021, twenty eight patients died, allegedly, from lack of oxygen in the states of Karnataka and Madhya Pradesh. Terrible hospital conditions and a lack of doctors

Due to the lack of professionals, trainee doctors and nurses are being pulled to tend to the sick in the world’s greatest coronavirus surge. According to the account of Siddarth Tara, a postgraduate medical student, his hospital has only increased beds but not doctors. In addition, senior doctors are not treating coronavirus patients. Tara says “I get that senior doctors are older and more susceptible to the virus. But as we have seen in this wave, the virus affects young and old alike.” 75% of medical students, who senior specialist Dr. Rakesh Dogra admits have the brunt of coronavirus work lain on them, have tested positive for the virus as well. Tara says, “We’re cannon fodder, that’s all.”  Jignesh Gengadiya, another postgraduate medical student, is the only doctor tending to 60 patients in regular circumstances, and 20 more in the intensive care unit. He says, “ICU patients require constant tending to. If more than one patient starts collapsing, who do I attend to?” In fact, the conditions in coronavirus hospitals are so bad, patients want to get out. Tushar Maurya, whose mother is in such a hospital right now says, “The staff are doing their best but there is not enough oxygen.” However, while essential, oxygen is not the only thing needed to keep patients alive. Antibiotics, steroids, and antivirals are necessary to help patients whose lungs have been damaged from coronavirus. This medicine is in short supply, as Goldi Patel, whose husband is being treated at the Sardar Patel Covid Care Centre and Hospital, says that he is given food, oxygen, and water, but not nearly enough medicine for his 80% infected lungs. Dr. Chandrashekhar Singha, a senior lead consultant of pediatric critical care in the Madhukar Rainbow Children’s Hospital in New Delhi, says “by giving oxygen you are buying some time,” but as for an 80% infection he says it’s “not looking good.”

What does this mean for the rest of the world?

Many think that a variant of the coronavirus is to blame for India’s severe outbreak. B.1.617, also known as the ‘double mutant’ is largely assumed to be the cause, but researchers outside of India believe that it’s the B.1.1.7 mutant, which has affected the U.S. and Britain. However, experts say that at least 5% to 10% of all coronavirus test samples need to be genetically sequenced, and India has only sequenced less than 1% of the available tests, says Dr. Ashish Jha, dean of the Brown University School of Public Health. This means that information is limited, so there’s no certain way of telling how variants play into this outbreak. However, this isn’t a problem that is just contained in one country. In the words of Dr. Soumya Swaminathan, chief scientist of the World Health Organization, “The virus doesn’t respect borders, or nationalities, or age, or sex or religion.” Even with travel restrictions, quarantine, and thorough testing, the virus still found its way around the globe. India is a prime example of how it could happen a second time. For example, on a flight from New Delhi to Hong Kong, 50 passengers tested positive for coronavirus. The more cases a country has, the more possibilities there are of variants as the virus mutates as it is transmitted. This leads to the potential of the vaccine losing effect. Of course, to prevent this from happening, countries internationally have been sending help. The UK and the United States, and even India’s neighbors like Pakistan, have been promising to send vaccines and oxygen. 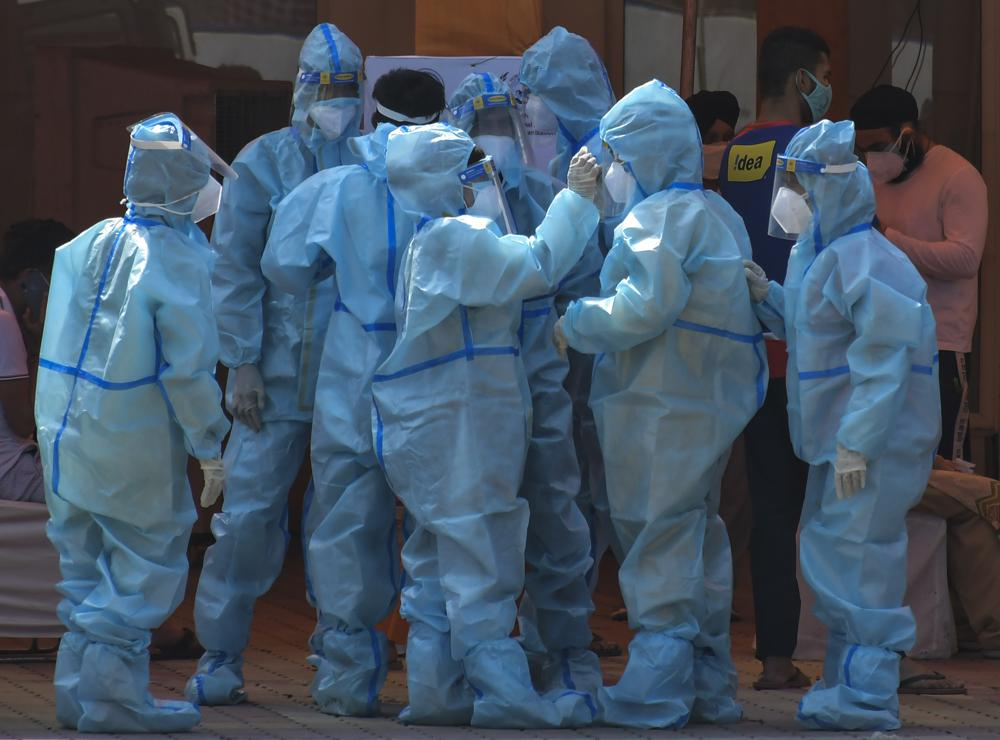 As of May 17, 2021, the cases in India have been decreasing. However, we should all learn from past events and stay alert and prepared for any new outbreak. Ultimately the coronavirus outbreak in India affects everyone, and we should all do our best to provide support so that this will not happen in any other country. By donating and educating yourself on this situation, you can personally make a difference, however small. 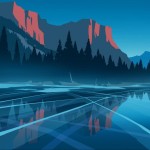 My name is Tammy Tang and I am currently in ninth grade at Arroyo Pacific Academy. I write about whatever catches my interest, from art to science. 🙂

The Effects of Online Class on Mental Health