Preview At The Conflict

Countries like Sudan and Eritrea have seen devastating waves of refugees (2500+) flooding into their countries. The primary cause is the power dispute between the federal government and the regional one. Tigray’s regional government is called the TPLF (Tigray People Liberation Front), established back in 1975, and most of Ethiopia’s modern history has been ruled by them. They were the leading figurehead in the previous autocratic government (similar to dictatorship) made up of the EPRDF party, or the Ethiopian People’s Revolutionary’s Democratic Front party (a coalition of different regional parties).[3]

What Has Lead Up To This Conflict

After 30 years of ruling with an iron fist, the EPRDF government finally fell out of power. This was a consequence of the mass protests against silencing and imprisoning journalists reporting on massive corruption schemes and people that spoke against the party. This opened up a power gap in the region, where Ethiopia’s current prime minister Abiy Ahmed rose to power. He ran his campaign on democracy, unification, and promoting Ethiopia as a whole, rather than as separate tribes.[4] His ideology at that time was widely supported by the public. However, some disagreed, mostly in areas that are far from the capital, such as Tigray. His adversaries, like the TPLF, argued to the people that uniting different tribes under the “Ethiopian” label would be like assimilating other cultures into the largest ethnic group, the Oromo, the same ethnic group as the prime minister. However, this is a baseless claim since Abiy Ahmed had publicly stated in December 2019 (At his Nobel Prize speech) that his plan was not to assimilate other cultures. Nonetheless, he planned to work toward a future with greater respect between the different tribes, and where they can focus on a big picture of the country as a whole.[9]

Abiy’s strategy was to cleanse and regenerate the Ethiopian government system by forcing government officials that worked for the previous regime to resign. If they do not resign willingly, he will incriminate them with charges of corruption and replace them with those that are in the same party as him (Prosperity party) [3]. The majority of those he had replaced were under the TPLF party. Seeing this, the party acknowledged that it’s losing its grip on the federal level and began to counteract. The party’s first move was to remove and separate itself from the Prosperity Party that Abiy created as a way to promote unity within the regional government. Then in September 2020, the Ethiopian election took place. Unfortunately, it was postponed by the government due to Covid-19. The TPLF (regional government of Tigray) resisted and held an election anyway. When the result came in, it stated that Abiy had lost in the region, and they claimed that the people did not recognize him as their leader. These unjustified claims and disobeying of the federal authority forced the Ethiopian parliament to declare that the votes were illegal and they weren’t counted.[10]

The Spark That Started The Flame

After the parliament’s decision, on the 4th of November 2020, the TPLF retaliated by seizing a federal army based in Mekelle, the Ethiopian National Defense Force’s Northern Command Headquarter, ultimately starting the Tigray War in Ethiopia. To tackle this the federal government sent in the ENDF ground troops (unknown number of soldiers) to take back the army base. They also carried out regular airstrikes in known rebel territories. Along with that, the government restricted foreign access to the area, including media companies and humanitarian aid, in hopes of solving the problem by starving the rebels.[5] However, in late November 2020, these rules loosened up, due to international backlash. The government warned journalists that if they came in, it would be at their own risk.[8] On November 28, 2020, Abiy Ahmed tweeted out that the Tigray region was “under control”, and that the military coup was a success. On the contrary, the TPLF announced that this was just a “tactical strategy” and that guerrilla warfare would continue in the region. After months of fighting, the conflict seems to have not been resolved yet as of April 2021. However, another problem started to rear its ugly head. The humanitarian crisis at the border of Tigray and Sudan, not counting the internal crisis in Ethiopia that had been caused by the war, affected around 2.2 million people.[11] With a mass influx of refugees, the Sudanese government has to set up large refugee camps around the border and send in troops to secure the region. Generally, food and resources are distributed by the Sudanese government, the UN, and the IRC.

Those who were fortunate enough to flee to neighboring countries, like Sudan, started to report on signs of ethnic cleansing. Each of them has repeated the same theme: that the TPLF largely targeted those who weren’t Tigrayan. Those who they considered as second-citizens were massacred. Bodies were thrown on the street, their farmland was taken by the local militia, and the village they lived in, burned to the ground. This was later proven by satellite images like that on the right. Gaps between each “blackspot” or burned area suggested that this was artificially created and not a result of a wildfire. [2]

Vice News was able to send their crew and conduct interviews with the refugees to make the humanitarian crisis in Ethiopia clearer (December 20, 2020).

Unfortunately, when they finally arrived here, both they and I were shocked at what they had found.

This is the Aragawe family; they were able to escape last year, around October 2020. They fled from a region that was under siege by federal forces, but unfortunately, their daughter was caught in the chaos. The interview was conducted by Julia Steers a VICE News reporter, and it goes as follows (1:24 minute): [1]

Interviewer: And what happened to your daughter?

Mr. Aragawa: The militia came to our village. They started taking our property, grain, and farm animals. Our daughter was in a panic and tried to run away. We (the parents) were hearing gunfire all over the place. She (the daughter) fell onto the fire while trying to run. She was in the flames, and it burned her.

(Please note that atrocities were caused by both sides. The federal army also attacked civilians and took their land. For as of right now the explanation that was given by the Prime Minister was that they were trying to “protect” the people. A prime example is interview #2).

The explanation that was given didn’t match up with many of the stories of those that were forced out of their homes. (3:22 minute)

Interviewer: The government had said many times that they weren’t targeting civilians and that they were taking precautions to protect civilians, is that true based on what you saw in your town?

Unidentified 1: “ No that’s far from the truth. They might say that, but it’s so far from the truth it’s practically unrelated. We were shelled. So, how could you protect yourself?  We were not ready. We didn’t believe this could happen. Even our houses were targeted. They were trying to kill people in their homes.”

Others further supported this narrative, like Amanael Kahsay, who fled with 8 of his friend to Sudan:

Interviewer: So what did you see along the way?

Kahsay: Local militias (from other states in Ethiopia) took people out of their homes. And when we saw our neighbors being killed and slaughtered like wood being cut with an ax or knife, we managed to escape and hide in the fields for four days. They hunted us, we ran and escaped. On the way, many were killed. We passed many dead bodies… The reason was the racial extermination of Tigrayans, they took over Tigrayan fields and farms. There is no other reason.”

This solidifies the theory that most of the atrocities were caused by the federal troop to limit the number of people that can join the TPLF militias, and also starve the rebels by burning locals farms and homes. Unfortunately, this war is continuing until now, into 2021. If you can please donate to the UNHCR for Tigray. Every cent counts, please donate. 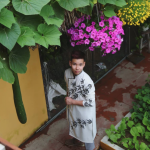