He started his love for music when he was young. Tyler would make fake album covers with completed track lists at the age of 7. He later made a YouTube channel in 2006 named BloxHead where Tyler would make comedy skits and post song performances.  He also had a MySpace profile for posting early projects and talking to other artists. Through the internet, he formed Odd Future in 2007, and over the years he recruited Hodgy Beats, Jasper Dolphin, Mike G, Left Brain, Domo Genesis, Matt Martians, Pyramid Vritra, Casey Veggies, Earl Sweatshirt, Syd tha Kid, Taco, and Frank Ocean. On November 15, 2008 Odd Future released their first mixtape titled The Odd Future Tape. On May 7, 2010 Odd Future released Radical. Both mixtapes are dark and gritty, with some reviews hating the albums, and some absolutely loving them.  Shortly after in 2011, they made their own record label, Odd Future Records. In that same year Odd Future released another album, 12 Odd Future songs, and in 2012 they released, The Odd Future Tapes Vol. 2. The album was appreciated by lots of fans and critics, and to many, was the best album they made to date. After many of its members making solo projects and their long inactivity, many assumed this was the end of Odd Future.

During Tyler’s time in Odd Future he released many solo projects. First Bastard in 2009, the track Yonkers in 2010, and the album Goblin 2011 which has features with some Odd Future Members. Goblin consisted of hip-hop tracks with many questionable lyrics, all bringing controversy in many countries, and some resulting in bans. Even with all the controversy around the album it still had a lot of success. He also pursued a career in fashion, and in 2011 he founded Golf Wang. Golf Wang produces skateboards, shoes, and all types of apparel. In 2012, Tyler founded Camp Flog Gnaw, an annual festival which still goes on to this day. The first ever was located at a parking lot of The Novo Theater. Tyler released Wolf, his second album, on April 2, 2013 with features coming from Odd Future members and some of his major influences, Pharrel and Erykah Badu. Wolf had 18 tracks, most were hip-hop and alternative hip-hop tracks with some jazz rap/ neo-soul in the mix. Wolf did well in reviews, and for most people it was the middle of the pack for his albums.

There would be no activity from Tyler until April 13, 2015 where he would release Cherry Bomb, his third studio album. In this album Tyler would experiment in many different genres. The album has 13 tracks, genres including jazz rap, neo soul, and noise-hop. To fans and critics Cherry Bomb was a decent album with mostly positive reviews. Bastard, Goblin, Wolf, and Cherry Bomb all tie in to a long complex story. It’s a story of Tyler’s alter egos, and their journeys. Cherry Bomb ends this story and Tyler is free of his alter egos.

After a world tour of Cherry Bomb, it took 2 years for Tyler to release another album. On July 21, 2017 Tyler released Flower Boy, his fourth studio album. Flower Boy was one of his best, if not his best album received by people. It was a big change from his last album, no more harsh and dark jokes, and he was more emotional. It was a big step up for him, and he got all the credit he deserved. Flower Boy has 14 tracks, and genres including neo-soul, synth funk, R&B, and pop rap. This also includes features by Frank Ocean, ASAP Rocky, Anna of the North, Lil Wayne, Kali Uchis, Steve Lacy, Estelle, Jaden Smith, and Rex Orange County. This album reached #2 on the Billboard 200, and Tyler earned a Grammy nomination for Best Rap Album. In 2018 Tyler released a single titled, Potato Salad. This a hip-hop track featuring A$AP Rocky, and is a very easy and relaxing listen. With a music video where they are in Paris, with a small feature with Jaden Smith. He was also featured on another hit track in 2018 titled After The Storm by Kali Uchis. It’s a R&B/neo-soul song that also features the legendary Bootsy Collins.

After many months of teasing his album on social media, on May 17, 2019 Tyler released IGOR. Like Bastard, Goblin, Wolf, and Cherry Bomb, IGOR also tells a story. Not a long and complex one, but more of a simple one. There are 12 tracks, with genres including neo-soul, psychedelic soul, alternative R&B, synth funk, neo-psychedelia, experimental hip hop, and pop rap. This album does not say who is featured in each song, but fans have speculated that some are Pharrel Williams, Lil Uzi Vert, Playboi Carti, Kanye West, and many more. The album also includes many samples, some being Al Green’s Dream, Tatsuro Yamashita’s Fragile, and more. This album explains Tyler’s love triangle, he is in love with this guy, but Tyler’s love interest is occupied with another girl. He shows this in two parts of this album. Part one includes tracks two, three, four, five, six, and seven. In this part you see Tyler fall in love with this person and desperately tries to cut this girl out of the guy’s life. In part two, including tracks eight, nine, ten, eleven, and twelve, you see Tyler realise it’s changing him for the worse. He moves on from this person and asks if they could still be friends. Igor is also the album that confirmed Tyler’s sexuality. Just like Flower Boy this was taken well by fans and critics. But this time the album reached #1 on the Billboard 200, and earned Tyler Best Rap Album in 2020, this also being his first ever Grammy. Until now, he has not released any albums, but some singles. From 2020 to 2021 his most popular singles were Best Interest and Tell Me How, a Coca-Cola Commercial song. He also featured on Gravity, by Brent Faiyaz & DJ Dahi. Gravity gained a lot of popularity through Tik-Tok, it is currently sitting at just over 530k videos made with popular creators like Kylie Jenner using it.

Tyler, the Creator is a well accomplished rapper, musician, songwriter, record producer, actor, visual artist, designer, comedian. He has inspired many artists today, and is known as one of the most game breaking and influential artists in the past two decades. 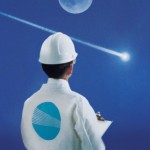