There are many ancient traditions that were practiced long ago. You may have seen the topic of mummies resurfacing in movies. They are part of Egyptian culture. Egyptians have been practicing mummification since ancient times. Mummification is the act of preserving one’s body while also keeping the body intact so it could be transported to a spiritual afterlife.

You may have heard of the name King Tut, or King Tutankhamun. He ruled Egypt as pharaoh at the age of 9 and died at the age of 19, around 1324 BC. Though he did not accomplish much during his rule, he did become famous for one thing: the riches in his tomb. Egyptians believe in the concept of an afterlife, that one would go into a new world after their death on

Earth. Anything buried with that person would be with them in their afterlife. Thus, you can easily determine how much power and authority one had based on what was buried with them. King Tut’s tomb was discovered in 1922 by the British. The vast hoard of treasures discovered there quickly made him the most famous pharaoh. Though the cause of King Tut’s death remains unknown, it is safe to predict that it was unexpected. The size of the tomb is relatively small, and the coffin barely fits into the tomb’s burial chamber. Some hypotheses of his death include the bone disease in his clubbed left foot, poor health from the royal bloodline, and planned assassination by Ay, the pharaoh that succeeded King Tut. It is possible that Ay wanted the pharaoh from Tut, but there no evidence found to prove this hypothesis yet.

Today, the mummy is on display within the tomb in the Valley of the Kings in the KV62 chamber, and the fragile artifacts and the burial mask no longer leave Egypt. The discovery of King Tut was a path to uncovering the past. With the rapid improvements of modern technologies, the mysteries of King Tut have hopes of being discovered. 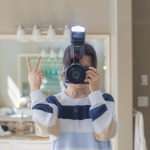 My name is Tina Li, I am a high school student at Arroyo Pacific Academy. I love to make origami and explore the varieties of lifestyles that we live in today! My journalism articles will focus much on these topics as well as catching up with the school activities, see you soon!

Previous This is Tyler, the Creator
Next Civil Unrest in Ethiopia: What Causes It & What Has Happened So Far.